Sydney Aquarium and Sydney Wildlife World have opened a new million-dollar LEGO exhibit, housing Australia's largest collection of super-sized LEGO models. ..The LEGO models ON THE LOOSE exhibit has been almost two years in the making and features 25 giant LEGO models made up of over 1.5 millions LEGO bricks! The world-class exhibit has been created by LEGO Master Builders in the US and Prague and has taken over 10,000 man-hours to complete...The mysteries of the deep have surfaced at Sydney Aquarium including a massive LEGO Moby Dick made from more than 365,000 DUPLO® bricks and Neptune made up of 304,500 LEGO bricks alongside Mermaid, Scuba Diver and a totally jaw-dropping 6.4 metre Great White Shark...Above water, it's Aussie animals, Aussie legends, outback explorers and more at Sydney Wildlife World. Behold the Giant Drover on Horseback - four metres tall and built from over 90,000 bricks, Burke and Wills with camel, a Water Buffalo standing over 2.4 metres tall and huge Aussie icons like our very own Boxing Kangaroo. ..Kids can also express their creativity at the free LEGO play room in Sydney Wildlife World and will receive a world exclusive LEGO Minifigure (while stocks last)...Until today visitors were also able to participate in the Mega Mural - the biggest interactive LEGO event the world has seen to help raise money for Autism Spectrum Australia (ASPECT)...Sydney Attractions Group, Director Sales and Marketing, Michael McKeon said, "We're extremely excited to be opening ON THE LOOSE. We've combined one the world's leading toy brands with Australia's favourite family attractions to create an exhibit spectacular in both scale and creativity. The models are magnificent!".Exterior of the Sydney Aquarium which is hosting the Lego On The Loose Exhibition.. 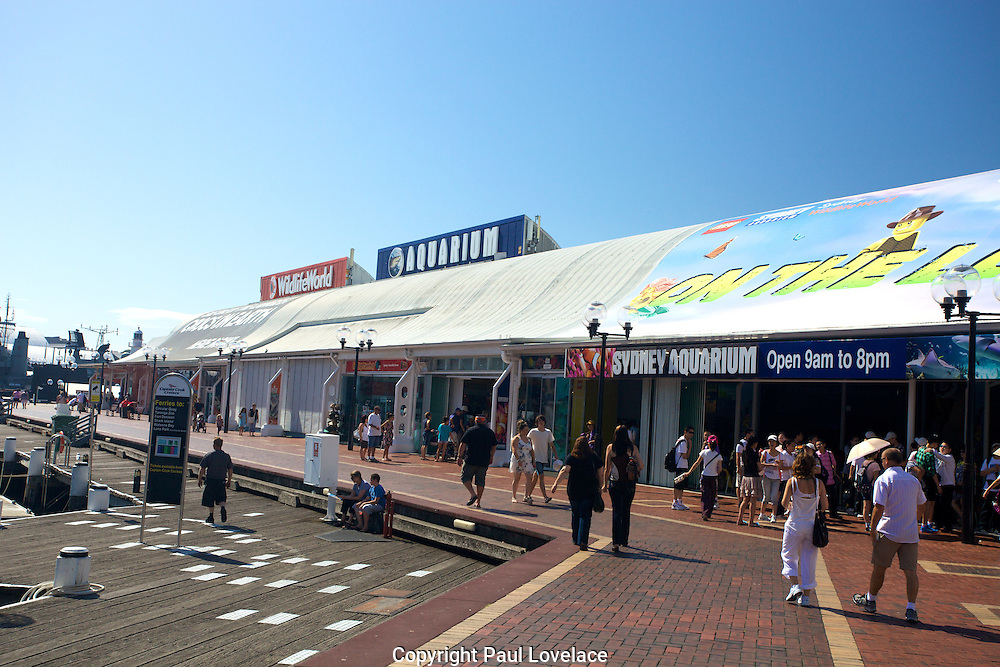